Save a Child’s Heart – Symphony of the Heart

Co-presented by Save a Child’s Heart 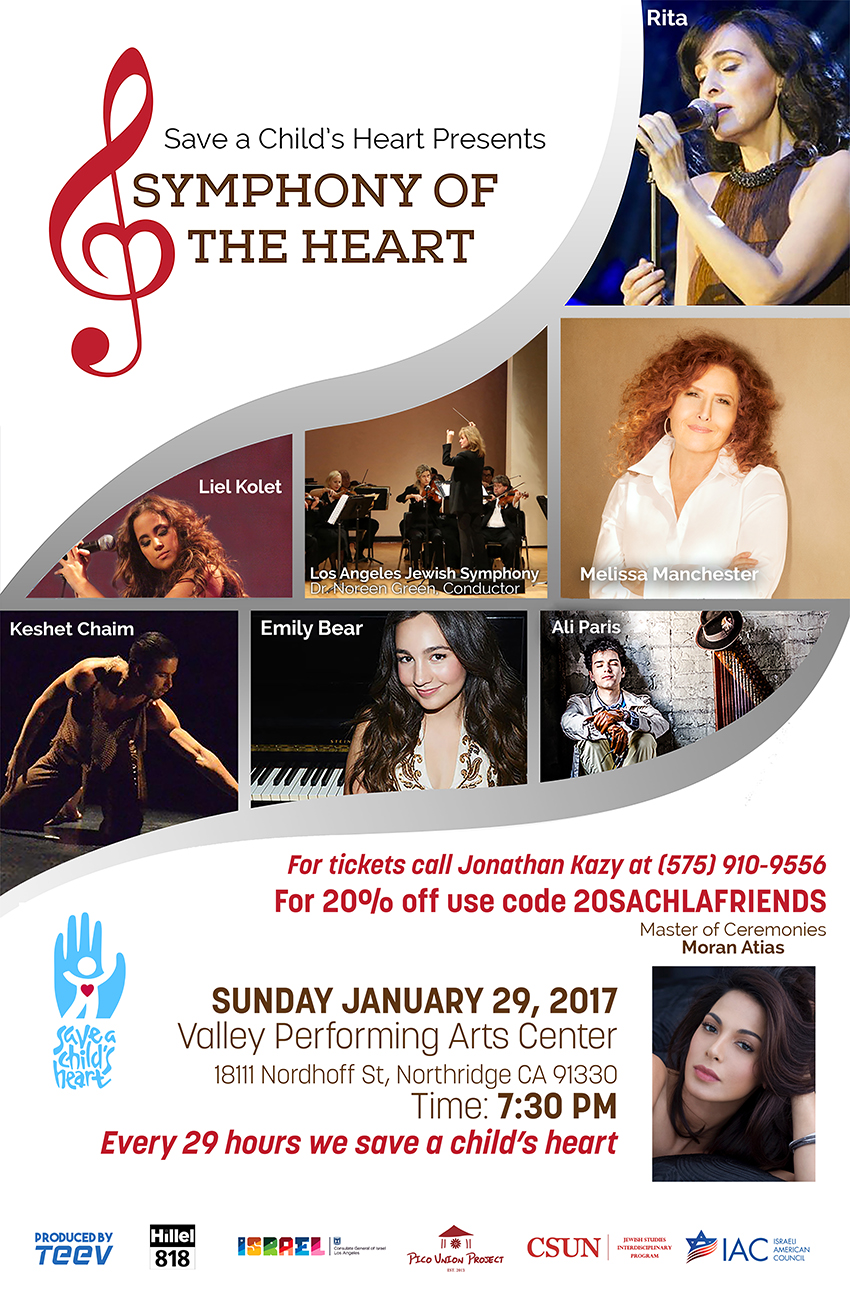 The LAJS was thrilled to perform at the stunning Valley Performing Arts Center in collaboration with Symphony of the Heart for their 3rd international concert in support of Save a Child’s Heart. This deserving organization provides urgently needed pediatric heart surgery and follow-up care for all children, regardless of race, religion, sex, color, or financial status. The orchestra accompanied legendary singer/songwriter Melissa Manchester and vivacious Israeli superstar RITA, among many other distinguished guest artists.  Our combined efforts raised over $300,000!!!

For information about Save A Child’s Heart click here.

Click here to read inspirational article from the New York Times on the amazing work of Save a Child’s Heart. 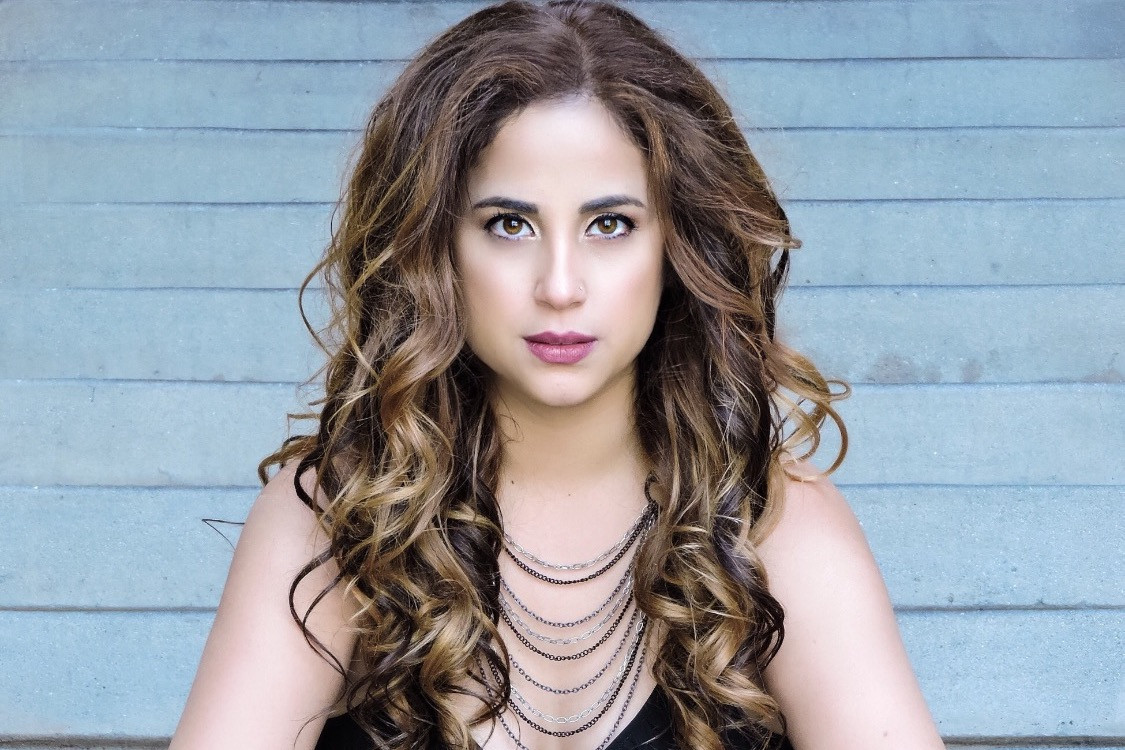 Liel Kolet is an Israeli singer/songwriter who’s been performing across the world stages since the age of 12, when she won Europe’s biggest children’s talent competition, Bravo Bravissimo. After singing a historic duet with former US President Bill Clinton, Liel caught the international eye with her mesmerizing voice and performance. She also shared a stage and collaborated with great musicians including The Scorpions,Herbie Hancock, Andrea Bocelli, Julio Iglesias and Patti LaBelle, to name a few, and performed for great world leaders including the Dalai Lama and Hillary Clinton. 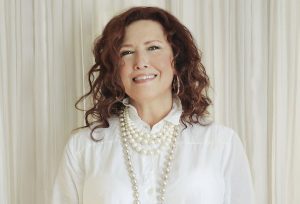 Following her time as a Harlette, Melissa Manchester’s tremendously successful solo career brought her critical and commercial acclaim. The “Midnight Blue” singer received her first Grammy nomination for Best Pop Female Vocal Performance in 1979 for the Peter Allen/Carole Bayer Sager-penned “Don’t Cry Out Loud,” winning the Grammy in that category four years later for “You Should Hear How She Talks About You.” In 1980, Melissa became the first recording artist in the history of the Academy Awards to have two nominated movie themes in a single year, “Through The Eyes Of Love” from Ice Castles and “I’ll Never Say Goodbye” from The Promise, and to perform them both on the Oscar telecast. 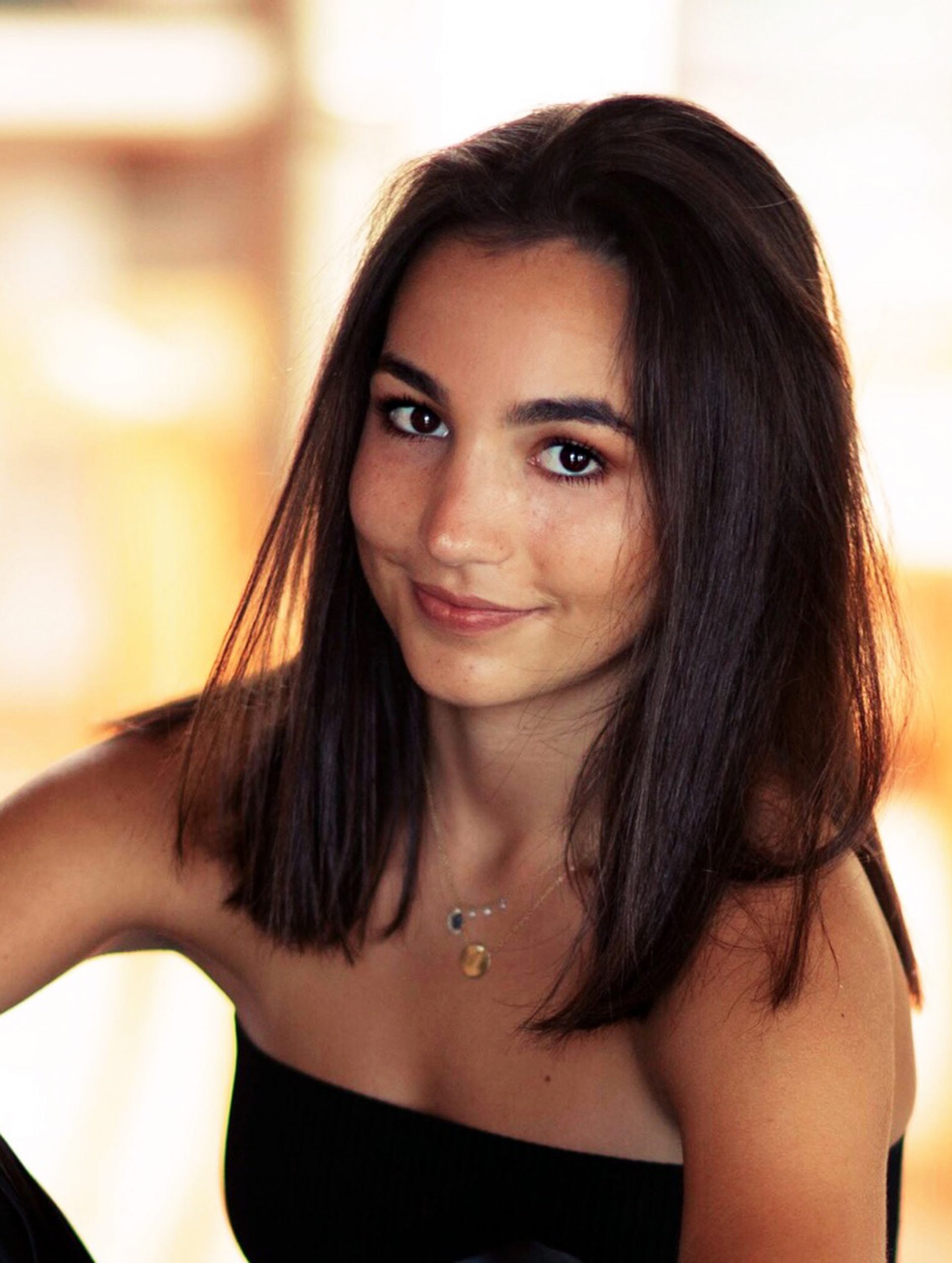 An award-winning composer and recording artist since the age of five, Emily Bear has achieved groundbreaking success as a pianist, composer, and singer-songwriter. Her expertise and love for film and media scoring highlights her ability to move between musical styles and to communicate story through music. 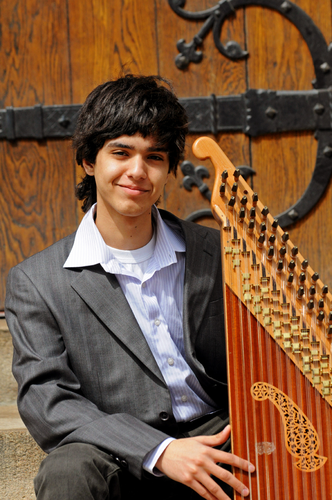 When Ali Paris was 7, he started studying music in the only conservatory in Palestine. After that, he performed in almost all the cities of Palestine. They went to Dubai, Sweden, and Norway to perform. Ali came to the States for the first time in 2003 and participated in the Arabic Music Retreat in Massachusetts. Three years later, he was picked from his school to perform in the United States, in 13 states in 52 days, with a Palestinian folkloric group, Al-Raja. About this tour, Paris said, “It’s all about showing our different, unique music and telling people that we have musicians in Palestine. We have our culture.”

← A Patchwork of Cultures 2016 JOURNEYS: FROM DARKNESS TO LIGHT →