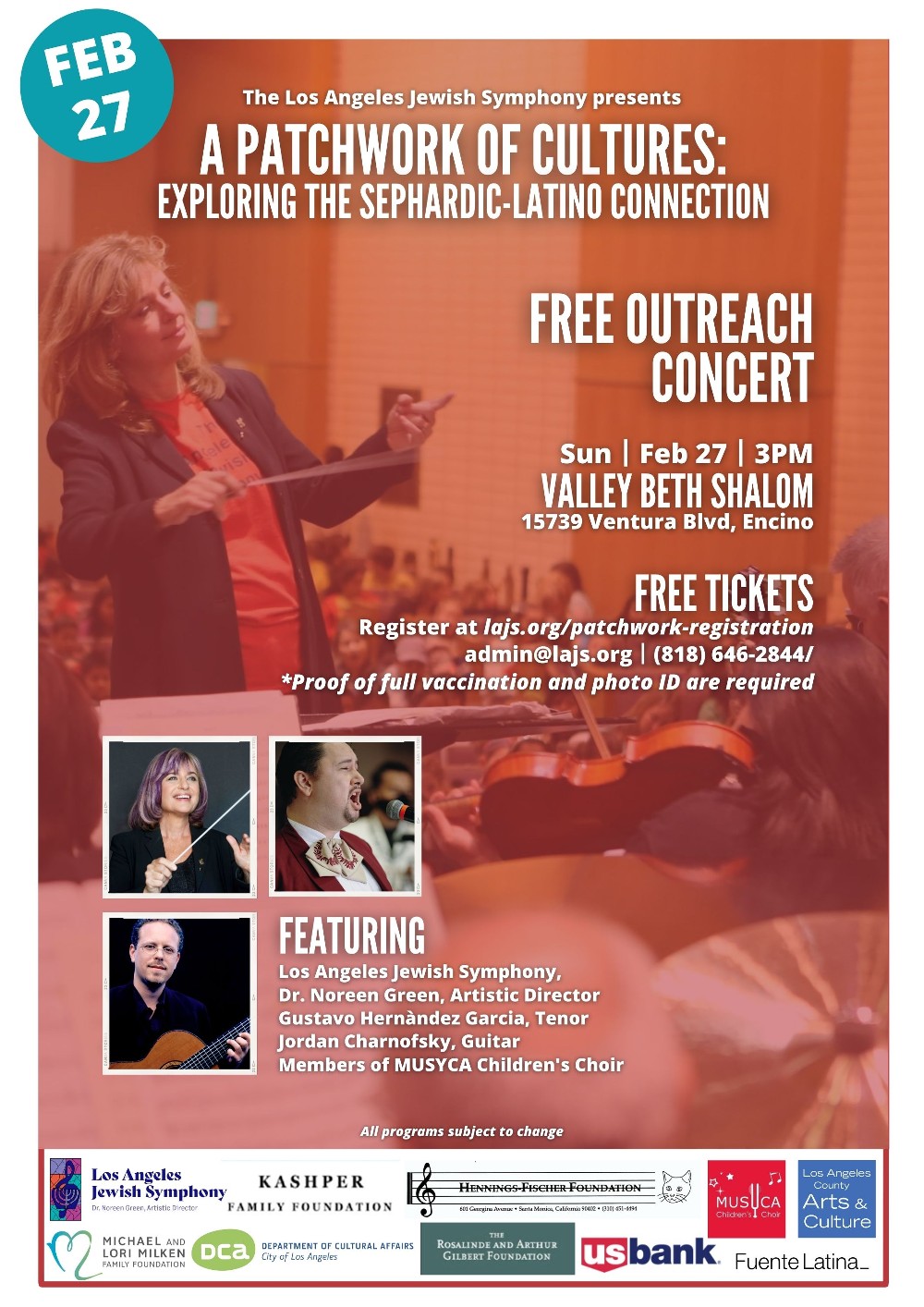 A PATCHWORK OF CULTURES

The Los Angeles Jewish Symphony (LAJS) is excited to present A Patchwork of Cultures: Exploring the Sephardic-Latino Connection at Valley Beth Shalom Synagogue on Sunday, February 27 at 3:00 PM. The concert was free and open to the public!

Featuring a program of music derived from their innovative annual education program, this free concert explores the deep ties between Sephardic Jews and the people of Latin America, using music as a cultural bridge between the two communities. The concert featured the Los Angeles Jewish Symphony performing a Sephardic and Latino repertoire with special guests Gustavo Hernández and Jordan Charnofsky.

All attendees were required to present a photo ID and proof of full vaccination against COVID-19 at the door in order to be admitted.

All audience members were required to wear masks for the duration of the performance, and audience capacity was restricted in accordance with health department guidelines. 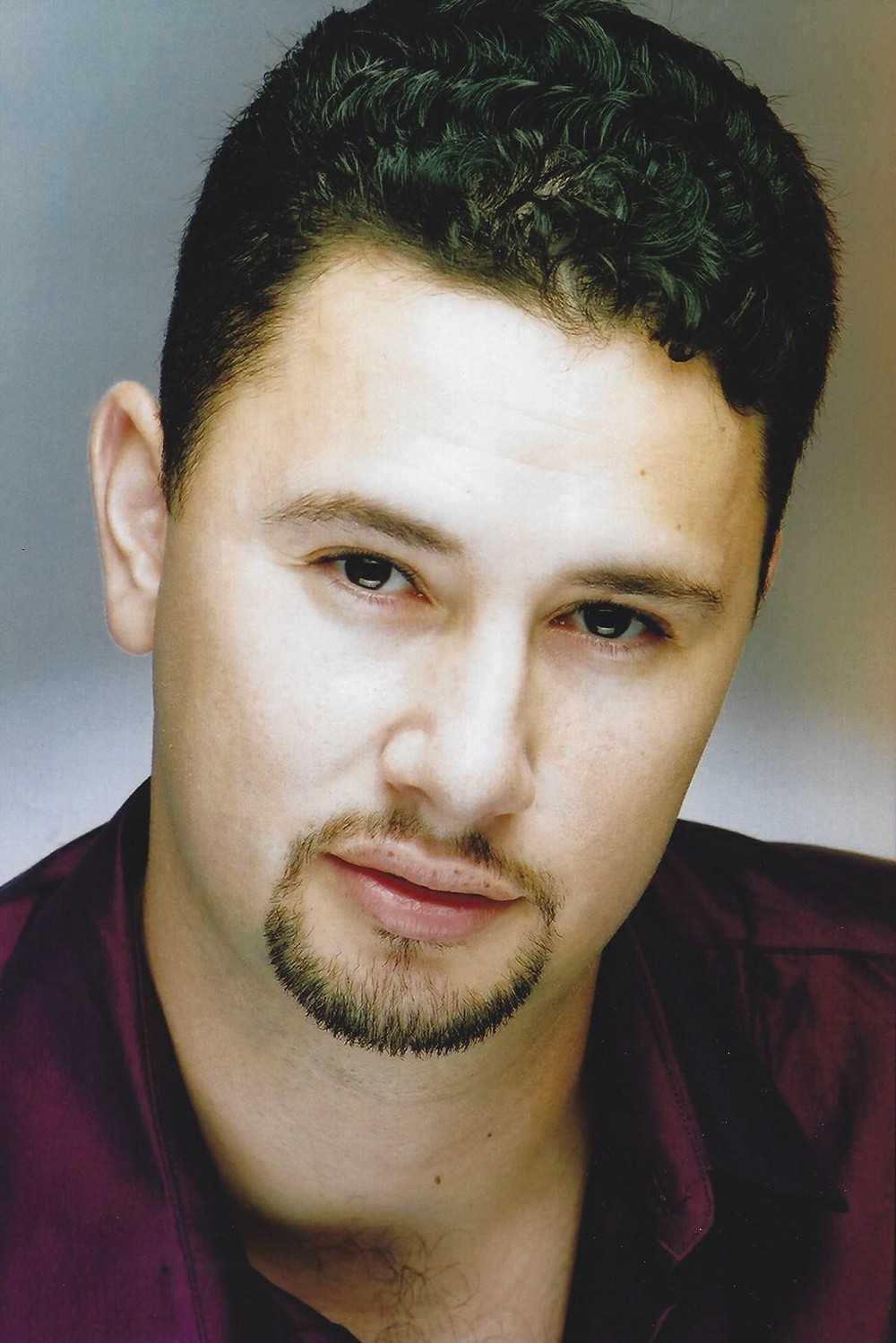 Mr. Hernández has performed in Mexico and in Europe. In Southern California, he has been a featured soloist with a number of opera companies and symphony orchestras. Most recently, he has appeared with the Southeast Symphony, Culver City Symphony and San Bernardino Symphony, making his Walt Disney Concert Hall debut with the California Philharmonic Symphony. He was invited to sing for LA Opera as a guest artist for An Evening of Zarzuela and a concert of songs by Mexican composer Agustín Lara, who wrote the popular standard Granada; and Cinema Paradiso composer Andrea Morricone, accompanied by Maestro Morricone himself. 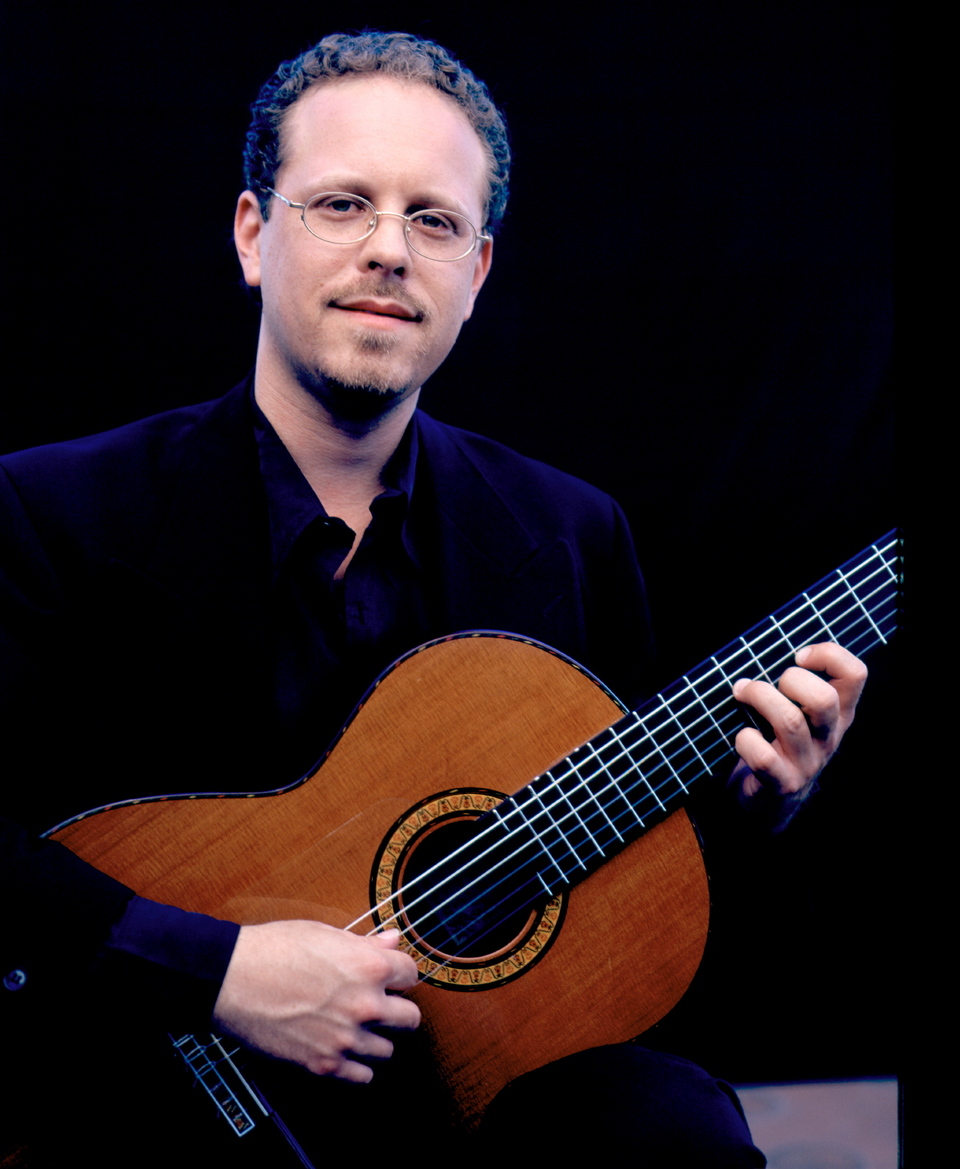 A refined classical crossover artist, Jordan Charnofsky bridges the styles of classical, world, popular, klezmer and Sephardic music. Hailed by the Los Angeles Times as playing with “lucid grace,” “a sure hand,” “expressive range,” and “bravura,” he often performs as featured soloist with symphony orchestras. He has served as principal guitar for the L.A. Opera Orchestra and has accompanied such superstars as Juan Diego Flórez, Bryn Terfel and the late Luciano Pavarotti.

Greatly in demand as a soloist and ensemble musician, Mr. Charnofsky has performed in the World Festival of Sacred Music, the Playboy Jazz Festival, Hollywood Bowl Children’s Concerts and at the Academy Awards celebrations. He has appeared at Walt Disney Concert Hall, Staples Center, Ford Amphitheatre, Greek Theatre and the Dorothy Chandler Pavilion.

Mr. Charnofsky has performed on numerous television broadcasts and has toured the US, Japan and Russia. He holds a Doctor of Music Arts degree from USC.

This organization is funded in part by the California Arts Council, a state agency.

This program is made possible in part by a grant from the City of Los Angeles, Department of Cultural Affairs